Search the condos in Hazlet for sale. Then call Bunny and Art Reiman – Realtors

Search Condos in Nearby Towns

About Hazlet Condos For Sale 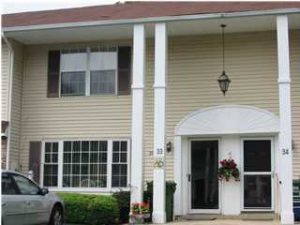 Hazlet has four condo complexes with a total of 282 homes. The older complexes are Dutch Village, Fieldcrest and Village Green. However, none of the units have a garage.

A new complex is being built, called Madison Park. When complete there will be 44 townhomes with either 2 or 3 bedrooms and a 1 car garage. Pricing starts in the mid $300,000s.

Hazlet is located in the northern section of Monmouth County. 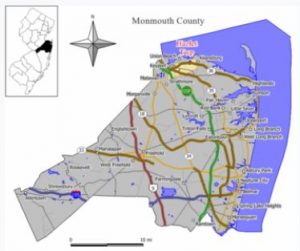 Commuters will love living here because of the location. People from Hazlet condos can use public transportation to the Jersey Shore, shopping, dining, New York City and points north and south.

In addition, Routes 35 & 36 pass through Hazlet, and the Garden State Parkway is close (Exit 117). There is a NJ Transit train station in Hazlet, in addition to bus transportation. Additionally, the Sea Streak Ferry is a short drive away.

In addition, there are numerous private schools are in the area. High school children may also attend schools in the Monmouth County Vocational School District. These schools provide full time education in Allied Health and Science, High Technology, Communications, Bio Technology and Marine Science & Technology. Part time courses are also available, in fields such as Automotive Technology and Electricity, as examples.

When it’s time to either buy or sell a home, call us. Call Realtors Bunny and Art Reiman.

During June 2021, no condos were reported as sold.

More About Hazlet Condos For Sale

Hazlet has two main roadways. And one of those roads is Route 35, which goes north and south. ROute 35 goes the entire length of Monmouth County. And indeed, along Route 35 you’ll find plenty of condos for sale and townhouses for sale. On Route 35 you’ll find shopping centers, and then more shopping centers followed by some restaurants and then more shopping centers. A few auto dealers are also  located on this road. If you follow ROute 35 South, you’ll pass through Middletown and continue into exciting Red Bank. Before the Garden State Parkway came into being, Route 35 was the primary route for people from New York and northern New Jersey to access the beaches at the Jersey Shore, such as Asbury Park, Belmar etc.

Call us to see the Hazlet condos for sale.

The other main roadway is Route 36. This is an interesting road. On the northern end it begins at Route 35, very near exit 114 of the Garden State Parkway. It follows the coast line from Sandy Hook all the way south to Long Branch. At that point it heads inland to eventually connect with the Garden State Parkway exit 105. As a matter of fact, this road starts off going east, then south and finally west. Route 36 goes through all of the shore towns in upper Monmouth County. At times you’ll have some great views of the atlantic Ocean, however, in some towns the view is blocked by a sea wall. You’ll find some very good restaurants along the way.

Hazlet has an active youth sports program. My children, and now my grandchildren, competed against travel soccer teams for years. Also offered are little league baseball, basketball leagues and Pop Warner football. We always feel that if you jeep your children involved with activities such as sports, they don’t have time to get into trouble.