[vc_row][vc_column][vc_column_text]Search the homes for sale in Belford, an area of Middletown NJ. When you’re ready, call Realtors – Bunny and Art Reiman.

Belford is an area in Middletown NJ, in the heart of Monmouth County. From it’s location in the northern part of Middletown, it has access to Sandy Hook Bay. Commuters like the idea that the Sea Streak Ferry has a terminal in Belford.  And there is easy access to major roadways, shopping and dining. And, the beaches at Sandy Hook are just minutes away.

The Homes for sale in Belford Middletown 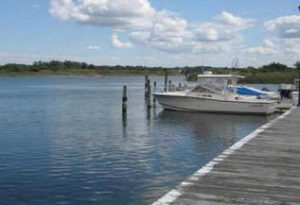 Homes in all price ranges are located in Belford, You’ll find that the homes for sale in Belford, Middletown, in the starter home price range to the middle price range.  And, whatever style of home you’re looking for, you can find it in Belford, be it ranch, colonials, split levels or condos / townhouses.

Students from Belford will attend the highly rated schools in Middletown. The 17 schools have a student population of around 10,000 students. Middletown offers 12 elementary schools, 3 middle schools and two high schools.

In addition, many private schools are located in the area, such as Ranney School, Christian Brothers Academy and Oak Hill Academy, among others. And of course there’s Bunny’s alma mater, Red Bank Catholic. Brookdale Community College has it’s main campus in town.

High school students can also go to a school in the Monmouth County Vocational School District. Full time educations are available in Communications, Bio Technology and other fields. Shared time programs are offered in fields of Dental Science, various medical fields and more.

To either buy or sell a home in Belford Middletown, call us. Call Bunny and Art Reiman – Realtors. Bunny grew up in Middletown, her father owned the Sunoco station on Route 35.  And we’ve lived in Middletown. As a result, we’re very familiar with the area. We’ve helped hundreds of families find their new homes in the area, and we can help you too!

Are you looking for Middletown Active Adult Communities?[/vc_column_text][/vc_column][/vc_row]

Condos For Sale In Middletown